Minor burns are incredibly common household injuries. Our homes are full of items which can cause burns – hair straighteners, kettles, toasters, electric heaters. The list is endless. Generally, burns are caused by touching something hot which damages the skin. However, they can also be caused by radiation (for example, from the sun), chemicals, electricity and friction. As well heat, burns can also be caused by the extreme cold – these are known as freeze or ice burns.

First aid for a minor burn 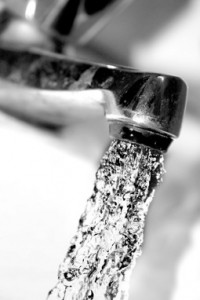 Step 1: Immediately run the burn under cold running water for a minimum of 10 minutes. If running cold water is not available then improvise! You can use other non-toxic liquids such as drinks. Your aim is to cool the burn.

Step 2: Expose the affected area and if possible remove anything that could be constricted (watches, jewellery etc.). Do not remove clothing sticking to the burn, instead cool through the clothing.

Step 3: After cooling the burn, cover with a non-fluffy dressing/covering. If you have access to a first aid kit, use a non-fluffy sterile dressing. If not then improvise with whatever is available (plastic bag, kitchen clingfilm, teatowel etc.). Be careful not to constrict the burn!

Step 4: Seek medical advice for anything except the most minor of burns. Call an ambulance if serious or if the burn is near the face/neck.

What not to do

There are a wid 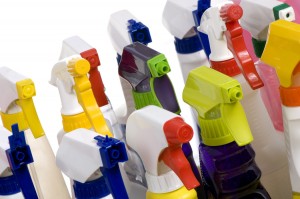 e variety of chemicals and substances which can cause chemical burns. These can range from household chemicals such as bleach, cleaning products, pesticides to strong industrial chemicals used in the workplace. Chemical burns can be incredibly serious as the chemical will keep damaging the skin and tissue until it is removed.

Step 1: Check for any dangers to yourself. The chemicals that caused the casualty's injuries could also pose a danger to you. Try to establish what caused the burn and how safe the chemicals are. If you are in an enclosed area, move the casualty outside or open windows to prevent the build up of fumes. Wear disposable gloves.

Step 2: Cool the burn with copious running water for at least 15 – 20 minutes. Ensure that you do not come into contact with the water used to cool the burn as it may contain the harmful chemical.

Step 3: If any clothing has come into contact with the chemical, it should be removed providing it isn't sticking to the burn. Try to identify the chemical involved and its container.

Step 4: Cover the burn with a sterile, non-fluffy first aid dressing. If no dressing is available, then improvise. Good items to use include cling-film and plastic bags.

If the burn is serious, the casualty shows signs of shock or the casualty becomes drowsy/looses consciousness then call an emergency ambulance immediately. If a large chemical spill has occurred then also ensure the fire brigade and police have also been informed.

If you become exposed to the chemical involved then you should seek medical advice immediately.